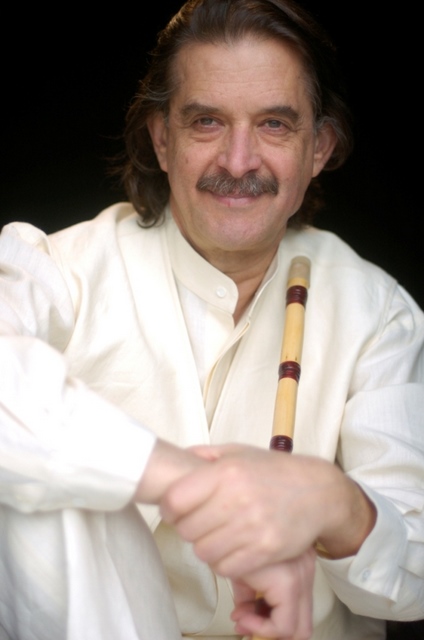 Hossein Omoumi was born in 1944, in Isfahân, Iran, and began his musical education singing with his father. At age 14, he started studying the Ney, the traditional reed flute of Iran. While studying architecture, he was accepted as a tutorial student at the Iran National Superior Conservatory of Music in Tehran, and worked with great masters Mahmud Karimi and Farhâd Fakhreddini. He then worked with the great master of Ney Hassan Kassâie.

He has arranged and composed 11 lessons to teach the principles of classical Persian music under the title of Pish-Radif. His research on the making of the Ney and Iranian percussions has opened new possibilities and introduced significant innovations to the Ney, Tombak and Daf. A documentary film under the name of Classical Persian Music – Hossein Omoumi from Isfahan to Irvine supported by NEA and the Roshan Institute was released in March 2016. Omoumi graduated from the faculty of architecture at the National University of Iran with honors and taught there for 10 years after receiving his doctorate degree from the University of Florence, Italy, using a scholarship awarded by the Italian government.