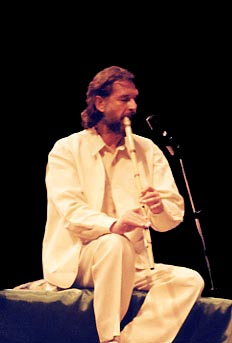 Hossein Omoumi was born in 1944, in Isfahân, Iran, and began his musical education singing with his father. At age 14, he started studying the Ney, the traditional reed flute of Iran.

While studying architecture, he was accepted as a tutorial student at the National Superior Conservatory of Music in Tehran, and worked with great masters Mahmud Karimi and Farhâd Fakhreddini. He then worked with the great master of Ney Hassan Kassâei.